Mathematics is an important part of understanding our world, one that enriches our
lives. Thus, children must be given every opportunity to become capable
mathematicians, able to use maths to solve problems and to recognise the beauty of
mathematics. 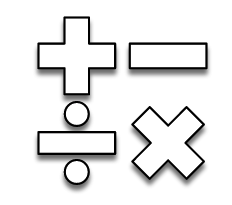 Every child at Fulbridge Academy is supported to learn the key facts of arithmetic,
such as number bonds and multiplication & division facts. These key facts are one
component of the development of mathematical fluency through which children can
choose the most efficient means to complete calculations and solve problems.
Mathematical reasoning is an essential component of all maths lessons, and children
are supported to spot patterns, suggest examples and to explain their understanding
of the mathematics being learned.

Our mathematics curriculum has been carefully constructed, taking the online
resource Complete Maths as its basis. Children’s understanding is developed
systematically and teachers’ ongoing assessment of children’s learning underpins
their teaching and ensures that every child fulfils their potential.

Our calculation policy shows the methods that the children will be taught and used in school.